Robbie (a hippy; constantly protesting something or another)

Now, it has been suggested in the past that I am not the outdoorsy type, and to be fair, I certainly don’t look very outdoorsy when in my own natural habitat. After all, a subterranean pool hall in the middle of a prepubescent city is a far cry from the tranquility found in a forest, but this conclusion is absolutely erroneous. In fact, I enjoy camping a great deal, that is, I enjoy this kind of camping a great deal. I don’t go camping very often, mostly because I can’t stand campsites. I have a fundamental problem with campsites, with the rules, the restrictions, the gypo prices and the suppression of alcohol fueled debauchery. For example: if a man desires to fill a beer can with toilet paper and kerosene, nail it to a plank of buoyant wood, stuff an air bomb in the mouth of the can, then set it adrift in the middle of a lake at night and put it under fire by way of a roman candle… Then he should be allowed to do so. He should be allowed to watch it burn. The last description was a taste of the fun one can have while alone in the woods; completely separated from the suffocation found in an urban environment. Oh right, I ought to finish that example, one of the flares born from the roman candle lit the kerosene ablaze, which in turn lit the air bomb, sending the firework sailing into the night air where it exploded with an ear shattering bang. I’m quite sure that no one else heard the explosion except for us. So now I’m sure that you’ve figured out that I do in fact purely enjoy camping. If you care to know, that’s it, but why would this information make any difference to anyone else? The answer doesn’t matter, because I’m going to write about it anyways. Okay, where was I? Oh right, something about how great it is to get away from metal, glass, brick and mortar.

We were well equipped for the trip, the only pity was found in the fact that we had but one night to spend away on this particular trip. We had the right tents and sleeping bags, lanterns, flashlights, fishing rods, plenty of cold beer, cask strength scotch and great food. All of our food was cooked over an open flame, the way it was intended to be done. We ate steaks and smokies, all of which were grilled to perfection in a drunken stupor, these culinary marvles were followed by potato salad that was eaten directly from the container. It is well known that the best meals are cooked over a fire while swaying back and forth trying to keep your balance.

In the morning I awoke sometime around 10am feeling well rested and only vaguely hungover. My first act of business was to walk to the lake in nothing but my one piece stanfield, open the fly, and then piss into the glass water that stretched out before me. The sun was out and the air was pleasantly brisk. I finished, buttoned up and lit a cigarette. I checked my fishing line that I had cast out into the darkness of the night before. Nothing. It didn’t matter whether a fish was on the line or not, it rarely does, it is simply an exercise in relaxation. I reeled the line in and cast again. There was no chance of catching anything. A fish hadn’t even surfaced throughout the whole time I had spent watching the lake. It was completely still, rarely was there even a ripple rolling around out there. In fact the only movement to be seen was the effect of some wayward pellet fire. Jess had the brilliant foresight to bring with him a pellet gun. I was suprised that the thing was strong enough to break bottles. The bottles, much like the floating bomb, were usually filled with kerosene and lit at the top like a candle. We were lucky to be there in January, everything was a little damp, and we managed not to burn down half the forest by accident. We did however manage to fall a tree. When I started at the tree the night before I couldn’t see the top of it in the fire light. I hacked and chopped until my hands were bloodied and then gave into the drink and went to sleep. When the morning came I got a good look at my progress from the night before and it was within a dozen swings from falling. Jess, the son of a bitch, took the final swing. The tree came crashing down and landed mostly in the lake. Such a satisfying sight to watch. If any bleeding heart environmentalist doesn’t like that, then I guess, that is simply too bad.

FACT: Chopping down a tree feels good and you’re missing out. In fact, for every one person who takes offense to this story, I’m going to chop down another and carve your name in it.  Oh, and for each vegan who takes exception or offense to the grilling and consumption of meat, I am going to introduce a new animal into my diet and name the dish after them. 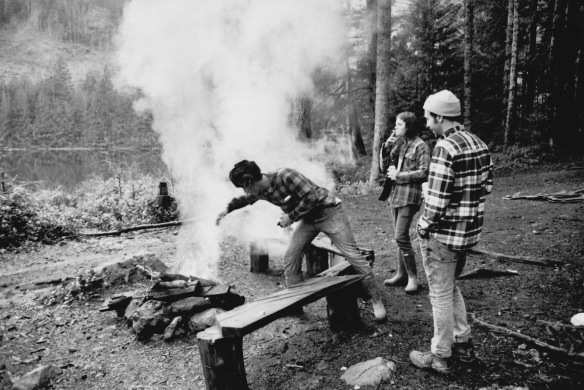 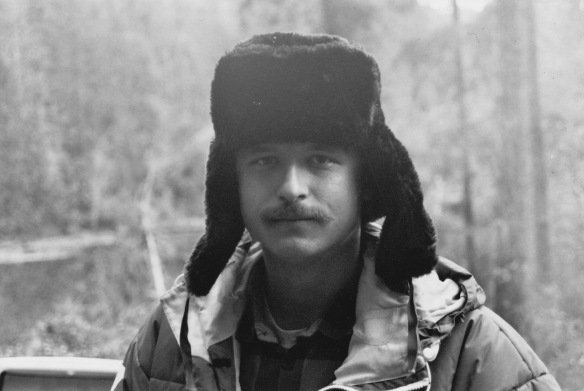 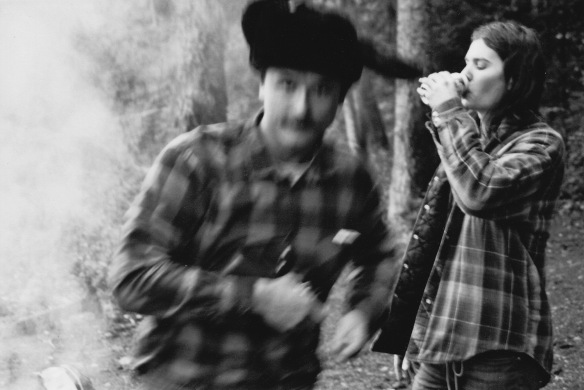 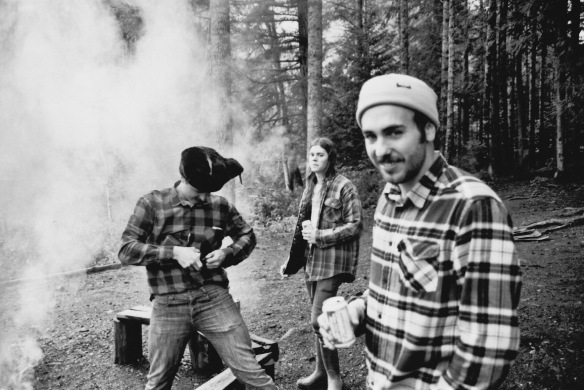