So there I was, in between cobble stones and the bright eye of god. What was left in Czech for me? Nothing really. It was perfect. Well, near perfect, there were inconveniences and there were miserable nights, but nothing unmanageable. Nights of wine and staggering westward, across town, in search of greasy smoke filled bars and loose women. My travel companions were only memories at this point in time. I was alone, though I was constantly surrounded by temporary company. I held up in a once gypsy schoolhouse in Zizkov for two weeks. Zizkov was a filthy neighborhood east of the city centre, the area was filled with 24/7 video gambling bars and whore houses. The streets were littered with hookers and the mentally ill. At night I would walk past them and they would beg in a language that I don’t understand, and vice versa they had no idea whether I was explaining how I had nothing to give away or telling them all to fuck off to the fires of hell. Either way their response would be to roll over back into a pile of rubbish and grunt miserably. But anyway, enough about the locals, in the schoolhouse I shared a classroom filled with beds and a never ending stream of fresh travelers passing through the city. New faces and voices would appear everyday. There was always somebody new to drain bottles with. They weren’t trapped there the way I was. All I could do was kill time until my flight back to Canada took off.

There was a heat wave roaring through Prague while I was there, and each day the sun would cook my hung over guts until I felt like dying. My intestines would feel knotted and filled with scorpions.  Like anyone living through an on going binge, or bender, or whatever you want to call it, I would awake each day long after breakfast had been served and hike my beaten body 4 blocks to the supermarket for the fresh fruit and yogurt. Yogurt is a great hang over food. Let’s not mince words it’s no cure, because no true hang over cure actually exists. I’ve heard people pontificate about such cures but in my experience all of their suggestions fail to truly cure a hang over. Certain foods and beverages certainly help better than others but, in the end, the only cure is time, oh, and laying in the fetal postion saying “oh God, oh God, oh God” over and over again. By no means am I religious man, yet at moments of agony, those words come to mind.  And like so many, I would awake in some wretched state and tell myself  “this is it, no more booze”. These moments of clarity and good reasoning would fade with the daylight and by the time night rolled around I’d have my health back and find myself, before I knew it, ordering my 8th round in some all night gambling parlor bar.  Chatting in circles with whomever was available about any number of subjects. We would talk and sing and stumble from bar to bar as though we’d known each other for years, and then poof! A day later they would be gone, never to be seen again. We were together, he and she, and him and her, whatever their names were. We were made fast friend by proximity. We were honest and open. We were invincible.

As for romance, there were encounters you might call romantic, but in retrospect it was all pretty heinous. In the words of Luke Atwood, I was a sexual good Samaritan, in other words I’d take anything that would throw itself at me. The schoolhouse, I’ll say a bit about that, was an elementary school for gypsy Czech children most of the year, except in the summer when it was transformed into a cheap hostel. Ah hell, it was less than 10 dollars a night and I couldn’t afford to leave. The staff got to know me by name, the ones who spoke English at least, and I would drink with them and share their wine.  To pass the days, I would make ridiculous errands for myself, like, going across town and across the river to a specific shop to buy and eat a doner kebap. I read a lot in those days too, everyday I would swallow page after page of whatever English book I had on hand or managed to come by. Sometimes I would sit and read in coffee houses for hours, chain smoking, turning pages, drinking cup after cup, excess was the name of the game. After all, I was on vacation.

One day a thought struck me, I mean it grabbed me by the lapels and shook me like a British nanny would an upset baby, the thought that one day soon this whole routine would end.  Obviously I knew damn well that my time spent pissing around was finite, but I hadn’t considered resuming my life in a long time. That thought pattern was a terrible realization. It didn’t take long before I became comfortable with the idea and began to grow impatient. I just wanted to return to familiar things, y’know? Favorite hangouts, friends, family, buying brands of beer local to my city with currency local to my country and being able to speak to people in fucking English. Not as though I was rendered a mute while in Prague, ah hell, most of people I spent time with were from England or America or Australia. Still, talking to strangers around the city was some kind of rare treat. But fuck all that, I was a person just wanting to do what he couldn’t. I avoid talking strangers at home, why I would really be that interested in it there? Yeah, fuck all that. I was even sick of spending time with those who passed through my room. My room. It was an 8 person hostel room, but I felt some sense of ownership because I had been there before they showed up and I would last longer than they would. After the 4th wave or so I felt nothing but contempt for the people with whom I’d spend my precious time.

The beds were wretched, they fit right into my picture of hell, along with Canadian cigarettes and American beer. The hostel owners had acquired the bed from a decommissioned Slovakian military barracks. The mattresses were hard and unforgiving, sort of like sleeping on a shag carpet, though a shag carpet might be better, at least shag is soft, whereas these mattresses were made of burlap. Yes, my back was sore each morning, no, I couldn’t fall asleep sober. Before I knew it, my time ran up in that schoolhouse and I had to split. I left one day for Frankfurt to fly off the continent. There was nothing sentimental about my departure, I simply packed my bag and walked the train station with a ticket in my hand. It was a long and uncomfortable ride with three changes. Along the way I tried to calculate what I had accomplished while I was there, nothing really came to mind, all I had done was built memories. I didn’t care about standing in front of some old and famous church or whatever. Now that I look back on it, I remember the bars the best… and the jokes and bullshit conversations and the people, and the supermarket I went to every day. My interest didn’t fall upon the “must-see” tourist attractions that I found directions for in travel booklets. Fuck the old stone castles and monuments, they mean nothing to me. 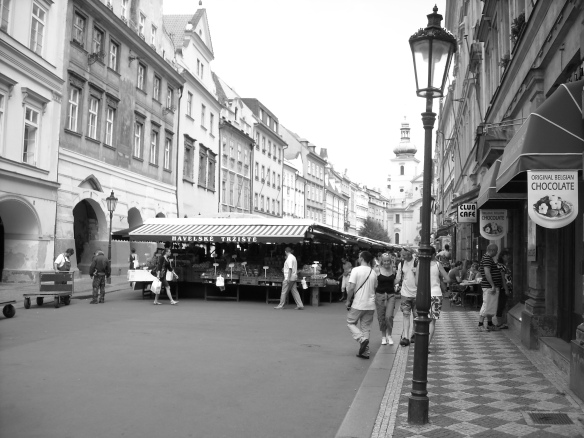 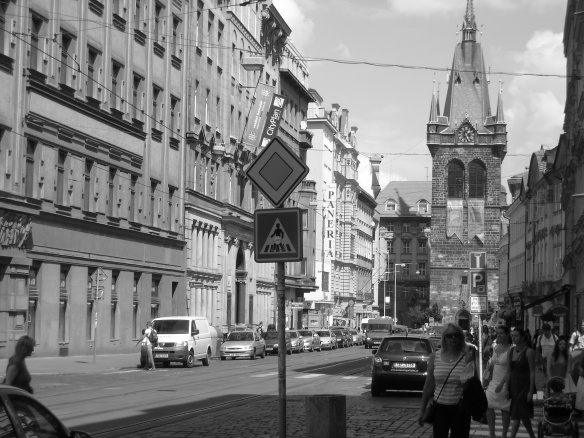 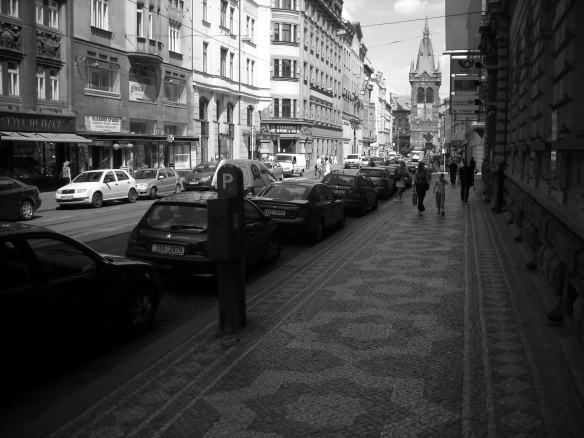 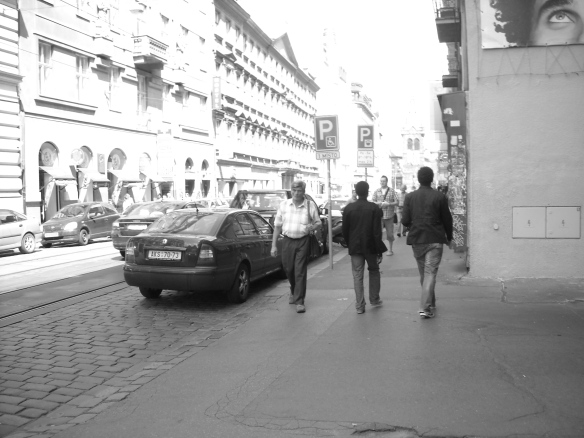